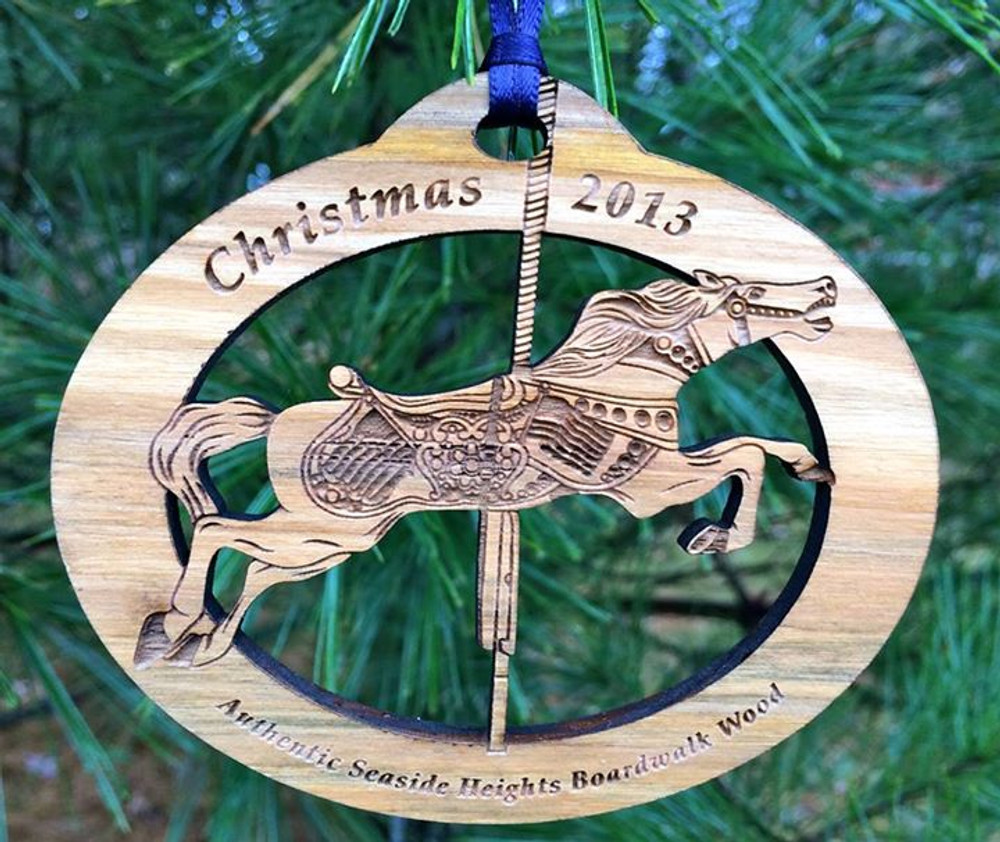 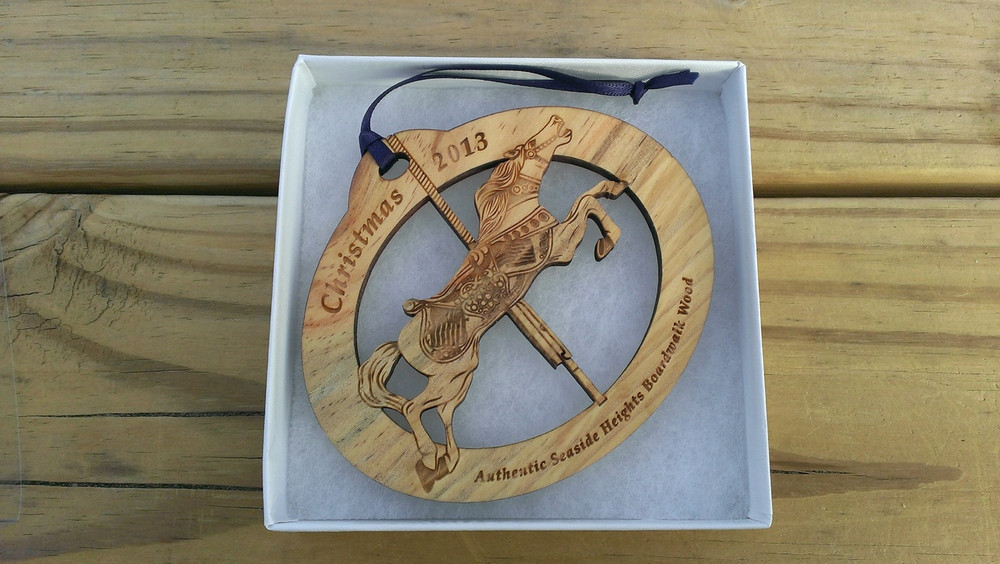 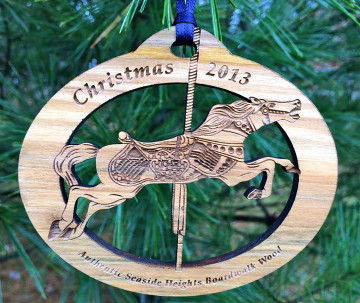 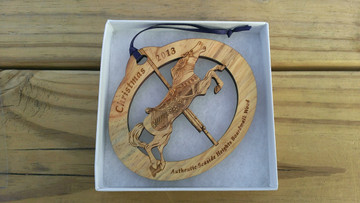 The Seaside Heights 2013 Carousel Christmas Ornament features the American Flag Horse, one of the Carousel Horses from the recently fire destroyed southern end of the Seaside Heights/Seaside Park Boardwalk. Like the iconic image of the Casino Pier Jet Star that came to represent all the devastation that Superstorm Sandy wreaked on the East Coast, the recent Blaze on the Boardwalk in September 2013 has claimed a portion of the rebuilt Boardwalk as well as the section of the Boardwalk that at least partially survived Sandy.

5 based on 3 reviews. Leave a Review.

I love these ornaments and got a bunch to give away as gifts!!

Wanted to give this 5 stars for the size and workmanship but the one I received was unevenly burned on the design so it wasn&#039;t as well done as it could have been. Does give it character though so I will be keeping.

The detail in the ornament is beautiful, it is very well crafted. I bought one for myself &amp; one as a gift &amp; I would definitely recommend it to everyone.